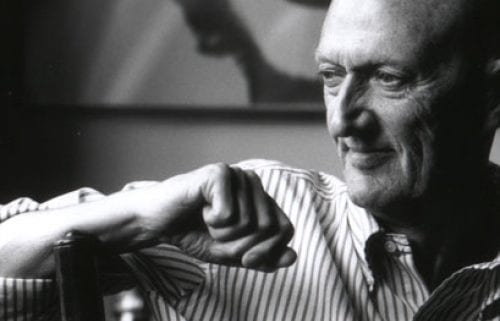 Allen Jones is a British pop artist that is best known for his lithography, sculptures and especially his paintings. His amazing achievements in the world of art have earned him a great deal of recognition during his career. He is a Senior Academician at the Royal Academy of Arts and was awarded Prix des Jeunes Artistes in 1963 at the Paris Biennale. The piece of work that is the most known for is “Hatstand, Table and Chair”. During his career, he has taught at such establishments as Banff Center School of Fine Arts, the University of South Florida, and the Berlin University of the Arts.

Jones is considered to be the first British pop artist. He was greatly inspired after attending a showing of Jackson Pollock’s work while he was attending Hornsey College of Art in London, where he was studying lithography and painting. He was also inspired by the works of Robert Delaunay. He graduated from Hornsey College of Art in London in 1959 and went onto the Royal College of Art, though he ended up being expelled after his first year here because the school was “horrified at the new developments brewing among their younger students.” Jones went back to Hornsey after signing up for teacher training courses and he graduated a year later.

You can purchase some vintage art posters here that will help you take home a few of the great works from this very talented artist. His talents are still greatly appreciated today as he has inspired such big names as Richard Nicoll, Alexander McQueen, and Issey Miyake. He is a prolific artist that had his most recent showing in 2015 at the Royal Academy of Arts, the same place that suspended him for being offensive all of those years ago. If you would like a piece of pop art history, you can purchase one of his vintage art posters here.